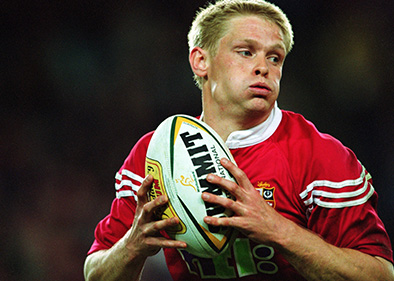 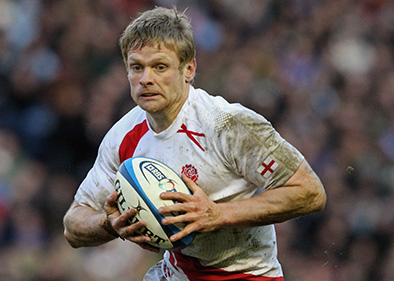 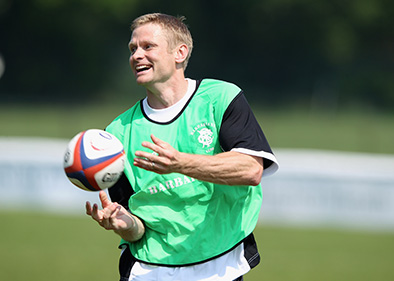 Rugby speaker and former International rugby player, Iain Balshaw MBE held a successful career both at home and around the world as part of various domestic teams and the England squad. Best known for his tenure at Bath Rugby Club, Balshaw played for a number of British clubs before moving to France to end his professional playing career. A member of the unforgettable 2003 Rugby World Cup triumph, Iain Balshaw MBE works across the nation as a rugby speaker reminiscing on this tremendous accomplishment.

Now working as a dedicated rugby speaker, Iain Balshaw MBE represented his country on a number of occasions, playing a vital role in several Championship victories. His professional career began in 2000 when he came on as a substitute in the inaugural Six Nations Championship match against Ireland. He made his first team debut the following year at the 2001 Six Nations opener against Wales where England won 44-15, thanks in no small part to Balshaw’s role as full back. As a rugby speaker, Balshaw discusses the honour and privilege he felt at representing his country as well as explaining to guests the hard work, drive and determination that were required to compete at this level.

The highlight of Balshaw’s international career came in 2003 when he was part of the Grand Slam winning England team who took home the Six Nations Championship cup for the third time in the game’s short four year history. Following this incredible victory Balshaw and his team mates worked prolifically as rugby speakers across the UK at both live events and in the media gaining invaluable experience that continually allows him to excel in the firld and contributes to his unwavering demand.

In the same year Iain Balshaw MBE also took part in the Rugby World Cup, a tournament that would change his life, appearing in the warm-up match against France and the game against Samoa where he scored a crucial try in the 70th minute. Iain Balshaw MBE was one of the 19 England players who played in the final game against Australia in Sydney as a replacement in extra time and helped to secure yet another victory for his country. In his work as a rugby speaker Balshaw looks back fondly on his time as part of the England team, his entertaining stories of antics both on and off the field are sure to entertain at any after dinner speaker event. Sharing an intimate account of that unforgettable final during his work as a rugby speaker, an evening with Iain Balshaw MBE is one not to be missed!

Iain Balshaw MBE left English rugby in 2009 after three years at Gloucester Rugby Club. A recurring knee injury sustained whilst at Leeds Rugby saw him eventually move to Biarritz where he would retire after 5 years at the French club . Despite his impressive domestic career Iain Balshaw MBE is employed as a rugby speaker for the England team more often than not; however his experience at Leeds, Gloucester and Bath are in themselves hugely entertaining and would be well suited to local after dinner speaker events.

A World Cup winning hero and icon that was a part of the team that captured to hearts of the nation, the devastating and explosive Iain Balshaw MBE is available to hire as a rugby speaker for any event, dinner or function where is presence is certain to raise the prestige and glamour of any occasion.

When he’s at corporate events, Iain is known to cover the following topics: