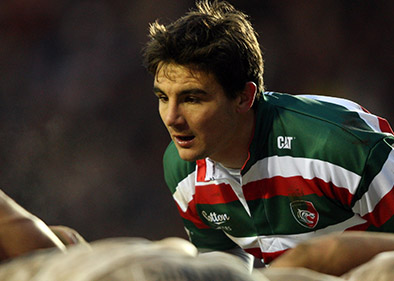 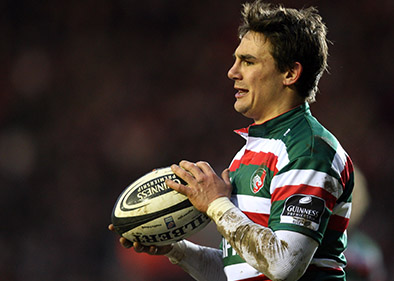 Renowned rugby speaker and former International rugby union player Harry Ellis is best known for his tenure as scrum half for the domestic British team, Leicester Tigers, England and the British & Irish Lions teams. A dynamic and energetic scrum half that was often the heart and soul of the team making telling contributions to his side, Ellis was a fantastic performer destined for greatness before being struck by a devastating injury. An incredibly popular figure in both his team and amongst fans, Harry Ellis is equally as popular in the after dinner speaking world where he specialises as a rugby speaker and adds tremendous value during his speaking engagements.

Playing his first game of rugby union aged just six years old it was almost inevitable that Harry Ellis would become a star player and rugby speaker, starting with the South Leicester club. Ellis went on to attend Leicester Grammar School where he played an active part in the local and regional rugby union team throughout his education. Ellis’ affinity and love for the game was always present from a young age and during his work as a rugby speaker he discusses how his childhood revolved around the game while sharing the aspirations and dreams he had during his younger days which he eventually went on to achieve.

Ellis made his first team debut for the Leicester Tigers in August 2001 in the Orange Cup game in Toulouse. Quickly proving his merit within the side, Harry Ellis went on to appear In Leicester’s 2002 Heineken Cup final where he helped the team to achieve a resounding victory. Following this Ellis was named the Tigers’ Players Young Player of the Year for the 2001/2002 season. His work as a rugby speaker for the Leicester club was cemented in 2003 when he gained his regular position in the team’s number 9 spot. Ellis’ almost instant success in professional rugby was a result of his relentless work ethic and hard work, traits that are transferrable to any walk of life and are ingredients to ensure both progression and success in whatever you do.

Harry Ellis became part of the England national team for the first time in 2004 when he was selected as the team’s third choice scrum half behind Matt Dawson and Andy Gomarsall. Despite working as an official rugby speaker for the club from this point, Ellis did not appear on the field until the autumn of that year in England’s 32–16 win over the Springboks. During his work as a rugby speaker Harry Ellis shares the honour, delight and pride he felt in representing his nation and realising his dreams as well as providing inspiration and motivation to allow attendees to experience similar success in their individual lives and exploits.

Ellis appeared as part of the British and Irish Lions team in 2009 following an impressive run during England’s Six Nations Tour. Age and injury caused Ellis to retire the following year and he has since worked as a dedicated sports speaker for both his domestic and national clubs. Hindered by injury and forced to retire, during his work as a rugby speaker Ellis shares the psychological difficulty and battle he faced to combat his reality while remaining truly grateful for the fantastic career he had in the game. Ending his career with 173 caps for Leicester Tigers and almost 30 International appearances, Harry Ellis experienced a successful and decorated career and is available to hire as a rugby speaker for events, awards presentations and functions across the nation.

When he’s at corporate events, Harry is known to cover the following topics: