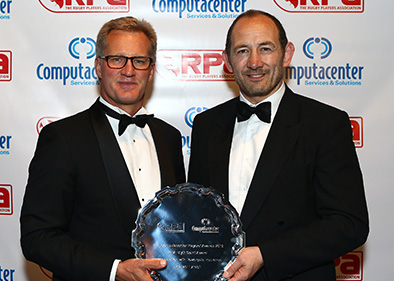 Former International Rugby player Gary Rees enjoyed a prolific career as a flanker before retirement beckoned, opening up a new avenue for him as an after dinner speaker and rugby speaker where he has truly flourished. An England international that wore his heart on his sleeve and gave everything for club and country, Rees epitomes professionalism and has a work ethic like few others. A figure that exudes loyalty, Rees was somewhat of a stalwart and cult figure at Nottingham RFC and as a result is an incredibly popular rugby speaker in the county appearing at events and dinners along with rugby club events.

The one club man, Gary Rees played his entire career with Nottingham RFC, Rees enjoyed many years of success with the midlands side until the early 90s and his tremendous domestic form and contributions led to him making over 20 appearances throughout the 1980s for his country. A hard tackling and explosive flanker, Rees was selected for two Rugby World Cup campaigns in 1987 and 1991 respectively and speaks of his experiences from these tournaments during his work as a rugby speaker.

Continuing his loyalty and long standing attachment to Nottingham RFC, Gary Rees severed his playing duties to take over an assistant coaching role at the club where he was able to pass on valuable information and experience to the next generation and provide a fascinating insight into the game much like he does as a rugby speaker. A dedicated professional throughout his career within rugby, Gary Rees now provides his expertise and knowledge into his role as an after dinner speaker and rugby speaker. A coherent speaker who is able to capture the imagination of all in attendance, he manages to convey his experiences and expertise to all.

Rees is now regarded as a role model to the new generation of rugby players and aspiring professionals. Proving to be an inspirational addition to an event or occasion, Gary Rees conveys his experiences of peak performance and success across any occasion as an after dinner speaker and rugby speaker.

An articulate rugby speaker and charismatic guest for your event, the former England international and Nottingham RFC legend Gary Rees is available to hire for any dinner, awards presentation or event where he is certain to be an exceptional addition to any occasion.