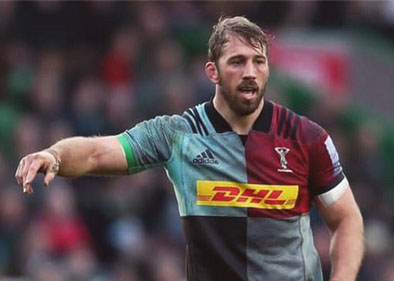 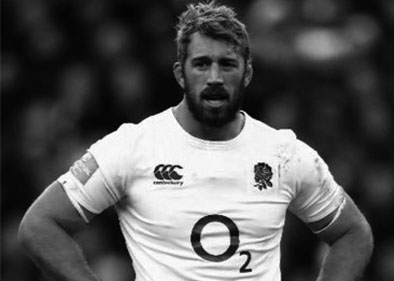 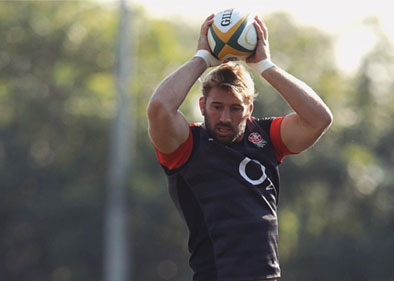 English national rugby union player, Chris Robshaw, has had an incredible career, first starting off in the England U20 squad in 2006, before advancing to the England Saxons squad and joining the Harlequins team in 2008. In 2009, he was called up to play for England. He is best seen in the back row of the scrum in the flanker position.

Former England captain Chris Robshaw, is no stranger to leadership having led his country more than 40 times. Under his leadership, England have won 25 matches. In September 2015, Chris overtook Martin Johnson’s captaincy total, to become the second highest England captain to be in charge of the most games. Only Will Carling has been in charge in more games (59 Tests). Previously, he captained the Harlequins team for four seasons before Joe Marler took over in the autumn of 2014.

Furthermore, he has played a huge part in the England team over the years, having contributed an important part in the victory over Australia in the 2016 series, which is widely regarded as one of his finest moments, thus being named Man of the Match for his efforts.

Having won his first cap against Argentina in 2009, Chris became a key member of the England Saxons squad. Also, Chris is a two-time Aviva Premiership Player of the Year winner, which he first won in 2008, and then achieved the title again in 2011. He scored his first maiden Test try in 2013 against Australia at The Home of England Rugby.

In 2016, ten years on from his Harlequins debut, Chris was awarded a testimonial year with a series of events raising money for his chosen charities. These charities included The Teenage Cancer Trust, Walking With The Wounded and Canine Partners.

When he’s at corporate events, Chris is known to cover the following topics:

To book former England captain, Chris Robshaw, as the rugby speaker for your corporate event, function or conference, simply contact the Champions Rugby Speakers agency by filling in our online contact form. Alternatively, call a booking agent directly on 0207 1010 553.