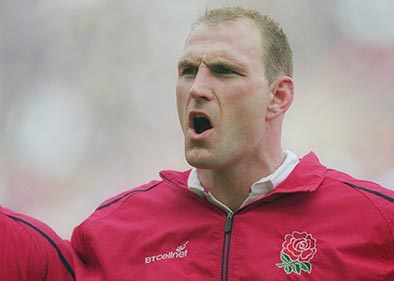 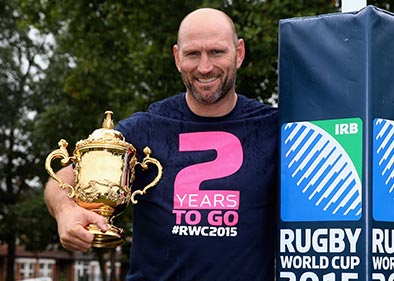 Rugby speaker and ex-England international player Lawrence Dallaglio OBE is known the world over not only for his sporting achievements but also for the numerous charitable contributions and fundraising events for his charity The Dallaglio Foundation. An imposing and powerful figure that will forever be remembered as a legend of English rugby, the former England captain and Rugby World Cup winner is widely regarded as one of the greatest number 8’s and flankers to have played the game. Renowned for his ability to make a tremendous impact on the field, Dallaglio has played in three Rugby World Cup campaigns in addition to going on three tours with the British & Irish Lions. A list of impressive achievements for most, Lawrence Dallaglio is also a Sevens Rugby World Cup winner and Rugby Hall of Fame inductee securing his legacy as one of the greats of the game. Following his retirement from the game, Dallaglio has worked extensively as a rugby speaker appearing at events and functions across the nation to spread his knowledge and expertise on the game of rugby.

Always a making a headline, Lawrence Dallaglio OBE is an incredibly popular athlete whose appearance at events draws large and enthusiastic crowds both within the rugby industry and without. So great are his sporting abilities that he has been awarded both an MBE and an OBE for his contributions to British sport and charity. Predominantly known in domestic rugby as legend for the London Wasps, Dallaglio retired in 2008 after nearly twenty years as a professional player. Winning 11 domestic trophies including 5 Rugby Premiership titles and two Heineken Cups, Dallaglio was also a part of England teams that won the Six Nations on four occasions in addition to World Cup glory. An incredibly decorated and illustrious career, Lawrence Dallaglio OBE is an expert in winning having experienced many triumphs and during his work as a rugby speaker provides the fundamental ingredients to maximising success and peak performance.

Since his retirement, Dallaglio has gone on to work as a rugby speaker and commentator for ITV as well as an after dinner speaker at both sporting and charitable functions. A highly respected figure within the game, Lawrence provides insightful and invaluable observations during his work as a pundit, similar to that during his performances as a rugby speaker where he also shares hilarious and entertaining tales and anecdotes much to the delight of guests.

The former Captain of the England team, Lawrence Dallaglio OBE is often called upon to appear as the specialist rugby speaker at both national and international events, as an after dinner speaker Dallaglio strives to inspire young people to become more active and take part in competitive sport as well as sharing his experiences as a rugby player at some of the biggest events in British rugby history, including the 2007 Rugby World Cup.

Outside his work as a rugby speaker, Lawrence Dallaglio OBE has headed up a number of high profile charity fundraising events including the RBS 6 Nations Slam and Dallaglio Slam which has also piqued the interest of other well-known sports speakers and personalities such as Lee Dixon and Freddie Flintoff. An ambassador of the game and Hall of Fame inductee, Lawrence Dallaglio OBE effortlessly motivates and inspires guests as well as sharing intimate details about his life and career within the game including the trials an tribulations he faced during his infamous drugs scandal. A true gentleman and consummate professional who achieved everything in the game of rugby, English rugby icon, Lawrence Dallaglio OBE is available to hire as a rugby speaker for your event where his presence is certain to raise the prestige and glamour of any occasion and leave guests starstruck for a long time to come.

When he’s at corporate events, Lawrence is known to cover the following topics: