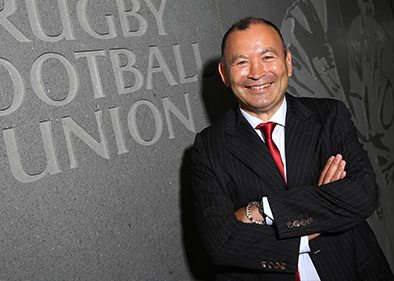 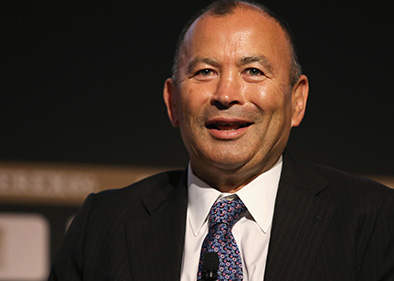 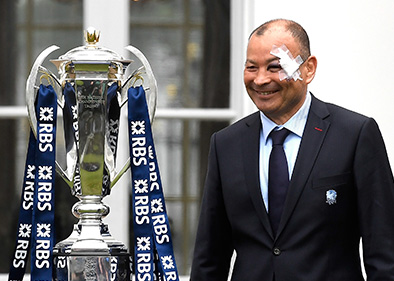 Eddie Jones is an Australian professional rugby union coach and former player. Jones is the current head coach of the England national rugby union team. Prior to this, Jones coached the Australian national team during the 2003 Rugby World Cup and also coached the Japanese national team for three years, leading up to the 2015 Rugby World Cup. England’s first foreign head coach, Jones is set to be at the helm as he looks to lead the English team into the 2019 Rugby World Cup. A hard task master, consummate professional and perfectionist, it is no surprise that Eddie Jones is an incredibly sought after and demanded rugby speaker.

As a player, Eddie Jones played as a hooker for Randwick who he would go on to coach and New South Wales. Playing against the British and Irish Lions for New South Wales B team in 1989, Jones also made three appearances for Leicester Tigers during the 1991/92 season in England before retiring to concentrate on a career as a teacher and school principal. However a career in coaching beckoned as he went on to hold posts as coach for Japan, the Brumbies and Australia amongst others. Able to share managerial and leadership advice of the highest calibre, Eddie Jones is a fantastic rugby speaker that delivers eloquent and insightful performances at events.

Jones was named as the new England head coach in November of 2015 and agreed to a four-year deal, bring in Steve Borthwick into the team, who also coached Japan with him. The coaching team led England to their first Grand Slam since 2003, having beaten all of their opponents in the 2016 Six Nations Championship. In Jones’ first home game as the England’s head coach, he led them to a 21-10 victory over Ireland, before going onto beat Wales 25-21 in the following week. England secured the Championship when Scotland beat France, thus meaning that England were going into the final round having already secured the title. A successful victory over France in the final game of the 2016 Championship, saw England win their first Grand Slam since 2003. A historic and triumphant moment for nation, as a rugby speaker Jones shares how he immediately made an impact and transformed the fortunes of the team to experience huge success.

Jones then took his English side to tour Australia for a three-test series against the Wallabies, which saw England win the series. This was England’s first ever three-test series victory and also saw England score the most points against Australia, in which they won 39-28 in the first test. The flair and flamboyance that his teams play with are somewhat of a direct correlation to that of Jones and this is clear to be seen as he has a mesmerising aura during his performances as a rugby speaker. The second test saw England win their third consecutive match against Australia on Australian soil, winning an impressive 32-7. This turned out to be a record winning margin for a game that was on Australian soil. The final test confirmed the whitewash, winning 44-40. During the second series, Jones had led England from fourth, to second in the world.

Having already made a phenomenal impact on the England team, Eddie Jones is poised to lead the nation to another World Cup glory. A fascinating character filled with knowledge and expertise that exudes confidence, Jones has a wonderful array of leadership and managerial advice that he is able to shares with guests in order to make for a tremendous event. The England coach, Eddie Jones is available to hire as a rugby speaker for any dinner, event or function where he is presence is certain to raise the prestige of any occasion.

When he’s at corporate events, Eddie is known to cover the following topics:

To book England Rugby Coach, Eddie Jones, as the rugby speaker for your corporate event, function or conference, simply contact the Champions Rugby Speakers agency by filling in our online contact form. Alternatively, call a booking agent directly on 0207 1010 553.