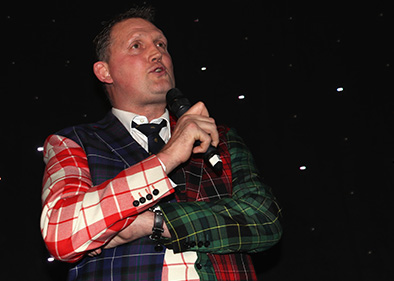 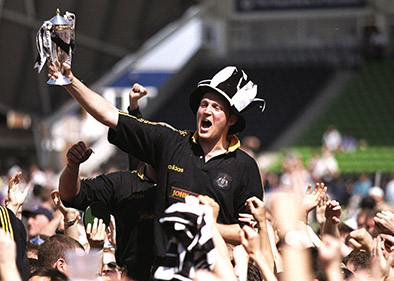 A respected and sought-after rugby speaker Doddie Weir, is a former international rugby player that is best known for playing a lock throughout his esteemed career. A true inspiration that is now fighting his battle of the field, Weir offers his services across a multitude after dinner speaker events and occasions where he specialises as a rugby speaker sharing tales, anecdotes and experiences from his fabulous career. Prolific during his time with Newcastle Falcons, Weir went on to achieve over 60 International caps for Scotland and after being diagnosed with Motor Neurone Disease in 2017, Doddie Weir set up a foundation named 'My Name's Doddie' in order to 'raise funds for research into a cure for MND and to provide grants to people living with the condition'.

Retiring from professional rugby in 2005, Weir is instantly recognisable as a friendly giant. A crucial part of the 1997 British and Irish Lions tour of South Africa when the Lions reigned triumphant, it was the first tour since the end of the apartheid as well as being the first tour since rugby union turned professional; this signalled a new beginning within the sport, and helped increase the reputation of Doddie Weir. During his work as a rugby speaker Weir shares stories about his career and discusses the Lions tour that would become so significant in the game of rugby while highlighting his obvious delight at representing the team.

Expressive as an after dinner speaker and rugby speaker, Doddie Weir is available for a whole host of roles at events. Delivering product endorsements, personal appearances and hosting at events as a rugby speaker, Weir is a popular addition to all events. Equally delving into the world of commentary and punditry where he has worked for the BBC, Weir has also done extensive charity work and is a multi-talented phenomenon who is widely accepted across a multitude of occasions.

An acquired ability to engage those in attendance, Doddie Weir is instantly recognisable as a rugby speaker to fans of the sport worldwide. An exceptional playing career, supplemented by his after dinner speaker duties, he is the ideal addition. The first recipient of the Famous Grouse Scotland Player of the Five Nations Award and fan favourite at Murrayfield, Doddie Weir is available to hire as a rugby speaker or host for any event, dinner or function where he is certain to be incredibly popular with guests.

When he’s at corporate events, Doddie is known to cover the following topics:

To book Former Scottish Rugby player, Doddie Weir, as the rugby speaker for your corporate event, function or conference, simply contact the Champions Rugby Speakers agency by filling in our online contact form. Alternatively, call a booking agent directly on 0207 1010 553.