Why Is This The Best Time To Book Rugby Speakers For Events?

With a little under a fortnight until the 2019 Six Nations Championship kicks off in Paris with France versus Wales and a World Cup scheduled for September in Japan, world-class international rugby will be in no short supply this year.

And that is in addition to some incredible battles thus far on the domestic and European scene. Let's have a look a what's been happening in 2019.

The Aviva Premiership season has also been in full flight with the first week of 2019 bringing another exciting round of fixtures. There has been plenty of toing and froing at the top of the league recently, with Saracens having entered the Christmas fixtures unbeaten.

A swift change-around was in order on 22nd December when Exeter Chiefs put an end to Saracens' 22 match unbeaten run. Exeter followed this up with a shock loss of their own against Northampton Saints at Franklin Gardens on 28th December 2018 to see Saracens regain their footing in the title race.

But Exeter Chiefs got back on track after a largely frustrating performance saw them prevail 14-9 over Bristol Bears on January 5th to keep them four points clear at top of the leaderboard in 2019. The title race is well and truly on!

A break from the Aviva Premiership signalled a run of exciting fixtures in the European Champions Cup.

Ulster pulled off a dramatic 14-13 comeback against Leicester Tigers to set up an enticing affair with rivals Leinster in the Quarter Finals. Exeter found the Champions Cup to be a different ball game entirely to the Aviva Premiership and their narrow loss (9-7) against Munster saw them dumped out of the competition.

Saracens continued their impressive form, beating Glasgow Warriors to go into the last eight as the only English team remaining. Saracens, who will again play Glasgow in the last eight, are now many people's vote for the best chance of finding a winner from outside of Ireland.

Here are the four quarter-finals we can look forward to in the Champions Cup this year:

Who will win the Six Nations? Ireland won the Six Nations as Grand Slam winners in 2018 and many expect them to take a second successive title. England had one to forget last year, finishing fifth to register their worst position since the competition's foundation in 2000 - so motivation will be high to exact some revenge. Scotland's resurgence saw them earn third place. They look well placed heading into the tournament. All five teams below Ireland will be wary of at least closing the giant eleven point gap from 2018.

France can always be a threat, so too can England but with Wales enjoying recent wins over Scotland, Australia and South Africa - they are looking like Ireland's biggest competition for the crown.

With such a breathtaking year of rugby union ahead, it is the best time for booking rugby speakers to impress at your sporting and corporate events. With legends from the game's past and top players from the current crop, you can enjoy the services of world-class after dinner speakers.

From top tacticians such as Sir Clive Woodward, Eddie Jones and Sir Graham Henry to England heroes such as Neil Back MBE and Jason Robinson MBE, and international Hall of Famers such as Chester Williams and Gareth Thomas - there is an engaging, exciting range of speakers for events of all types. These authorities will be in greater demand over the coming months, making them current and ideal to inspire your team today.

Want to know what to expect from the 2019 Rugby World Cup? Take a look at our Rugby World Cup Guide. Or if you wish to book a world-class after-dinner rugby speaker for your team building events, corporate occasions and other speaking engagements, browse our range today. 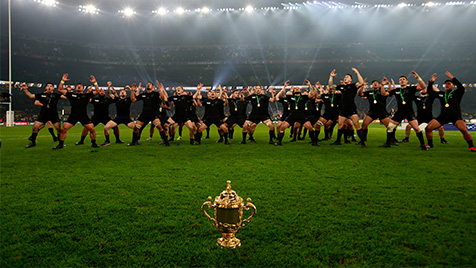