The Rugby World Cup is rapidly approaching and yesterday marked 50 days until the first game commences.

49 days until the opening game of the Rugby World Cup

The ninth World Cup will see giants such as New Zealand and Australia play in a competition against rugby minnows like Russia and Japan. The continued growth in popularity of rugby union has been portrayed through the expansion from 16 nations competing to 20, the nations are split into 4 pools with 5 countries in each pool.

With the World Cup less than 50 days away, now is the ideal time to book a rugby speaker for your upcoming corporate event or function, you can listen to the opinions of former rugby legends, including every member of the 2003 World Cup winning English side and delve deeper into their illustrious careers. Although the speakers will give an insight into their tournament predictions, they will also discuss an array of vital business topics, these include maximising success, peak performance and getting the best out of your team. 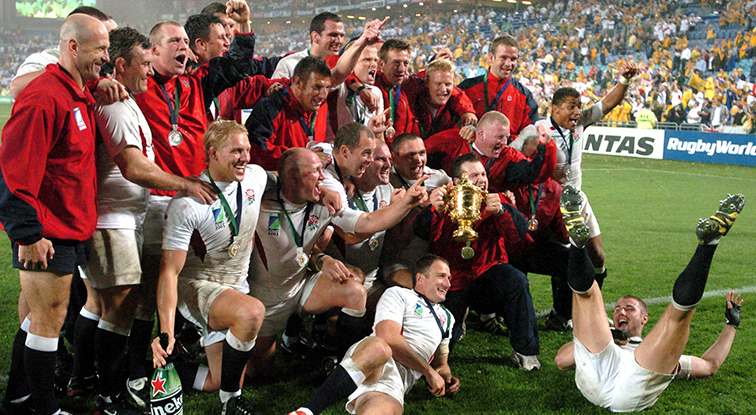 Book inspirational after dinner speakers such as Jonny Wilkinson to discuss the drop goal that saw England win their first ever world cup, but also to help inspire you and others at your event with passionate discussions surrounding a variety of topics. We offer former world cup winners, rugby hall of fame members and international players to hire for your upcoming events, with the World Cup just around the corner, there has never been a better time to book a rugby speaker. To book a rugby speaker for your upcoming event, fill out our online contact form or contact a booking agent directly on 0207 1010 553