This weekend marks the return of the Six Nations with the first round of fixtures seeing Ireland and England go head-to-head in Dublin in what is sure to whet the appetite for rugby fans. Many fans and pundits are already suggesting that the winner of this match may well go on to win the entire competition, so the pressure will certainly be on.

Whoever comes out on top the Six Nations marks the beginning of a wonderful 2019 with the Rugby World Cup in Japan getting underway in September. One man who is experienced in winning both events is Sir Clive Woodward and he spoke to Champions Rugby Speakers about England’s quest for glory this year.

Who are the favourites going into the Six Nations?

“Ireland will be favourites there is no doubt about that. They have no major injuries, they’re in red hot form and have the number one coach in the world! They play England in the first fixture in Dublin and outside of the World Cup the Six Nations is the best tournament in the world. In a World Cup year the Six Nations are even more special as it makes the event even more important.

I don’t think I’ve ever seen the Six Nations so strong, and whoever wins this will go into the World Cup very confident especially if they can grab the Grand Slam. I have to say the England squad is very strong, one of the strongest I’ve seen in a long time actually. I think they’re the one team who can go to Dublin and win.

England go there as slight underdogs but in my experience England do well when people write them off. I think England will have a really good chance in that game, quite simply because the pressure is really on Ireland. Whoever wins that game will have a fantastic 2019.

Every nation is doing really well, and they will all think they can beat each other so it’s a mouth-watering prospect. Scotland and France are in great shape and you have to take into consideration that England need to travel to Wales too.”

How much of a psychological boost will the Six Nations winners get ahead of the World Cup?

“When we won the World Cup in 2003, we also won the Six Nations Grand Slam and our last game was in Ireland. Both teams went into the game unbeaten and I remember saying to the players ‘if we think we have a chance at the World Cup we have to win this match.’

In the end we won that game comfortably and that was a really good Irish team. Looking back now that was a huge win. If we’d had lost that game, I don’t think we would have won the World Cup as it would have dented so much confidence. I think both the English and Irish teams need to build this game up. If you win this game, you have every chance of winning the World Cup. If you lose, I think that chance is reduced hugely.”

How do you rate England’s chances going into the World Cup in Japan?

“I think England are a team no one will want to play against. No one will want to face England because they are tough, they’re big, they’re powerful, strong and well coached. They’re not favourites but have some absolutely world-class players, especially Owen Farrell and Maro Itoje in the second row.

Eddie Jones will be highly motivated and hungry to win it. He has some great links in Japan, he coached Japan and his wife is Japanese, so they all love him over there. Because of that I believe England will be the second favourite team amongst the local fans after the hosts. So, I’m expecting huge support for England, who are in great shape.

Eddie will go there with more of an understanding of the country and the culture than any of the other coaches, and I’m confident England will have a really good World Cup, but they need a successful Six Nations. Even if they don’t win it, they need to go toe-to-toe with Ireland.” 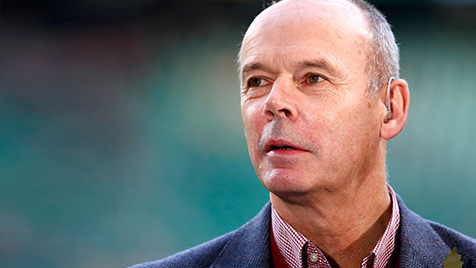