Take a look at our opening weekend review of the 2018/2019 Gallagher Rugby Premiership season. An action-packed and intriguing round of fixtures, some of our rugby speakers were in scintillating form and are available to hire for events and functions across the nation.

The 2018/2019 Gallagher Premiership got underway this weekend and with an action- packed round of fixtures. From close encounters to dominant performances, the opening round has most certainly set the tone and raised the excitement for the season. Reigning champions Saracens got off to the perfect start, as did the newly promoted Bristol Bears who caused an unlikely upset. Here we take a closer look at each game from the opening weekend of the Gallagher Rugby Premiership:

The opening game of the 2018/2019 Gallagher Premiership saw newly promoted Bristol Bears host Bath Rugby. A packed Ashton Gate stadium played host to a record breaking attendance for a Friday night game in England’s top flight showing the excitement for the derby fixture and the new season. Bristol Bears came out of the traps strongly as Ireland’s international fly half, Ian Madigan registered the first points of the season with a penalty conversion.

Bath almost immediately responded as new signing Jamie Roberts but spilled the ball while diving to score. A hard-fought derby, momentum ebbed and flowed throughout the game as Tom Horner scored Bath’s opening try. In the end, Ian Madigan’s four converted penalties and Alapati Leiua’s winning try proved too much for the visitors as Bristol Bears held out for a famous derby win against local rivals Bath Rugby.

Surrounded by controversy and criticism off the pitch, Gloucester’s summer signing, Danny Cipriani once again stole the headlines but this time for all the right reasons as he inspired his new side to victory against Northampton Saints in a compelling encounter at Kingsholm. A scintillating attacking display from the England fly-half included an early contender for pass of the season and helped guided the hosts to an opening-day victory. An intriguing and potentially decisive prospect coming into this game was to be the kicking duel between Gloucester’s Billy Twelvetrees and Northampton Saints’ marquee signing and Dan Biggar’s contribution did prove vital with the Gloucester kicker converting 5 penalties to Biggar’s 2.

Ahsee Tuala produced a moment of individual brilliance through a neat side step, brute strength and an imperious offload out of the back of his hand to assist a fabulous try. It was a game filled with snippets of sheer brilliance. A sublime pass from Gloucester fly half Danny Cipriani defied odds to setup a simple try for his team leaving fans and spectators in awe. An action-packed fixture featured two yellow cards for the home team as the brilliance of Danny Cipriani and precision of Twelvetrees simply proved too much for the visitors.

Harlequins began their 2018/2019 Gallagher Premiership campaign in commanding fashion with a 51-23 win over Sale Sharks. A bonus point for the hosts was largely down to the fantastic debut double from Ben Tapuai as this result was not on the cards after the opening stages of the match. Possession was dominated by the visitors with both AJ MacGinty and Marland Yarde producing spells of excellence to keep the hosts at bay. Harlequins did however lead 24-20 at the break suggesting a cagey encounter in the second half with the two fly-halves exchanging penalty conversations before Harlequins broke the line once again to register a bonus point. Sale Sharks were not going to go down without a fight as they rallied and dominated for a 15 minute period to raise the hopes of visiting fans. However Harlequins produced a sting in the tail as Danny Care assisted a simple try conversion before his replacement, Crumpton powered over the line to seal a thoroughly impressive six-try win and send a message to the rest of the league.

Arguably the most exciting game of the opening round of fixtures, 80 minutes could only separate these 2 teams by one point, much to the delight of the visitors. A nail-biting finish and fantastic match, Wasps have now beaten the Worcester Warriors in the previous nine encounters in the Gallagher Premiership but they were forced to do it the hard way on this occasion.

Leading at halftime, Worcester Warriors looked to establish a commanding lead, though their fortunes dramatically changed in the 47th minute when Alafoti Faosiliva was sent to the sin bin. It took just two minutes for the extra man advantage to come to fruition as Joe Launchbury scored Wasps’ first try and that was closely followed by a second, this time by Tommy Taylor. These two tries in the space of seven minutes while boosted by a one- man advantage, proved decisive and flipped this game on its head. A 68th minute penalty conversion from Bill Searle sealed the victory for the visitors in this closely fought and thrilling encounter.

The fortunes of the East Midlands giants continued to dwindle as the Leicester Tigers were convincingly beaten by hosts Exeter Chiefs in their opening game of the season. Exeter on the flip side kicked off their bid to regain the Gallagher Premiership Rugby in perfect fashion with the added luxury of a bonus point having crossed the try line on six occasions. The first 25 minutes of the game firmly belonged to the Tigers however, leading 0-6 following two converted penalties from George Ford, the visitors would have been hopeful of a dramatically different result.

Olly Woodburn, Sam Simmonds, Luke Cowan-Dickie, Henry Slade, Matt Kvesic and Ian Whitten all crossed the line in this emphatic display for last years beaten finalists who looked all but ready to reclaim the crown. The most surprising and worrying factor of this fixture for Leicester Tigers was the fact that after 60 minutes just eight points separated the two teams. The flood gates truly opened in the last 20 minutes to open up a 34-point difference at the end of the game. The Tigers will be determined to make that a one off. With the most resounding victory of the opening weekend, the 2016-17 champions have certainly sent out a message of intent to the rest of the league.

Fans were made to wait until Sunday for the final match of the opening round of 2018/2019 Gallagher Premiership Rugby which saw Newcastle Falcons host last season’s champions Saracens at Kingston Park. The champions began their title defence in perfect style with a victory over Newcastle Falcons and will be boosted by Alex Lewington who marked his Saracens’ debut with two tries. The Falcons made a promising start with after making the semi-finals for the first-time last season. Things were looking promising after Toby Flood converted two early penalties, however, it was not long before a fine piece of work from Jamie George saw the visitors register their first try of the season. And it was to be finely converted by Owen Farrell.

Evenly matched at half time, despite the Falcons continuous press on the game, it was Saracens that made the decisive breakthrough. A smart move from Mark Wilson secured a much needed try for the hosts but unrelenting pressure from Saracens eventually took its toll as the visitors triumphantly brought to a close to an eventful first round of rugby. An impressive first outing for Saracens was marred when they lost both Nick Tompkins and Alex Good to the sin bin late in the game, but the holders held their nerve to grind out the victory showing their winning mentality once again.

We have hundreds of rugby speakers available to hire for events, dinners and awards evening that will transform any occasion by providing entertaining and insightful tales and anecdotes about their lives and careers in rugby. To book one of our fantastic rugby speakers simply contact one of our dedicated booking agents at Champions Rugby Speakers Agency directly on 0207 1010 553 where the team will provide all the help and support you require to ensure you secure one of our Rugby Speakers. 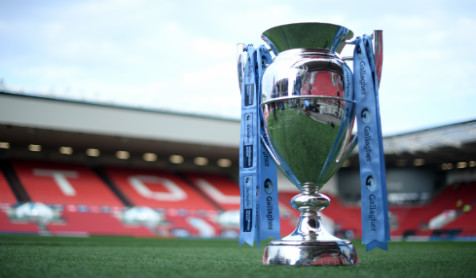